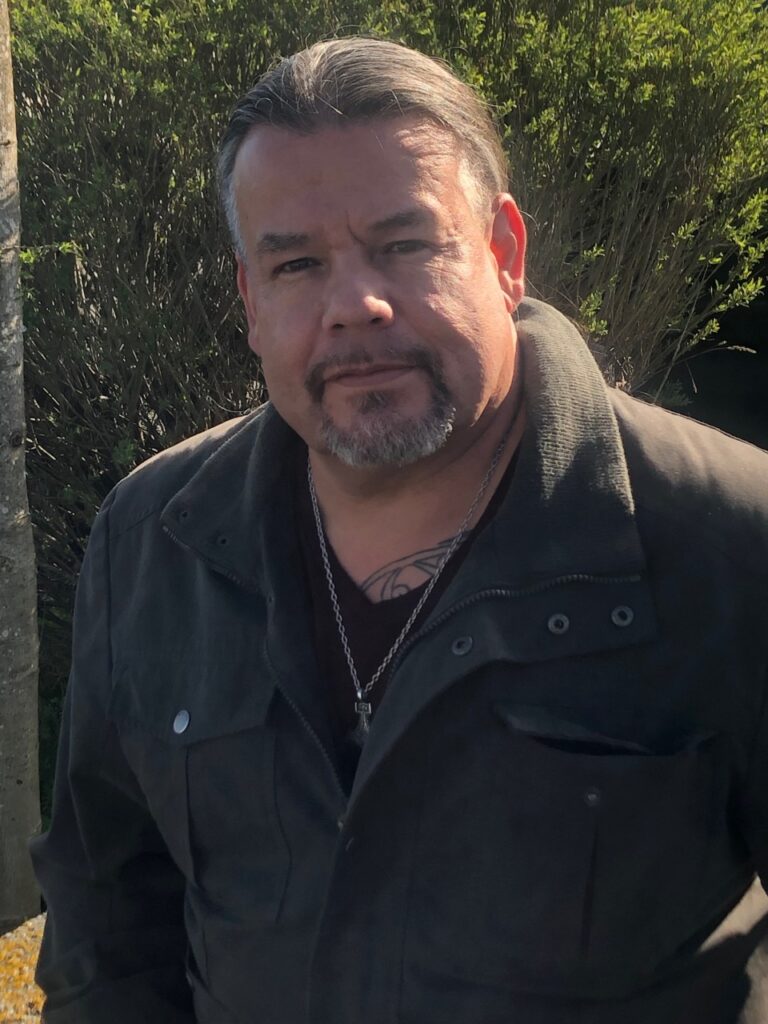 The Campbell River & District Chamber of Commerce was very pleased and honoured to work with local artist Greg Henderson on the creation of the new logo.

Greg Henderson is a Kwakwaka’wakw artist from the Wei Wai Kum First Nation of Campbell River. He was born and raised into the Laichwiltach/Nakwaxda’x culture and is the youngest son of the late Ernie Henderson, and grandson of the late master carver Sam Henderson Sr.

His grandfather Sam was a high-ranking Nakwaxda’x chief amongst the Kwakwaka’wakw people. Sam Henderson was raised in Ba’as (Blunden Harbour) by his mother Lucy Johnson, who was recognized amongst the chiefs to be high-ranking and powerful through the potlatch system. Sam was regarded as a keeper of the culture was raised and immersed in the old potlatch ways, making him a powerful force in the preservation of their culture even today. He moved to Campbell River when he was 28. He married a Laichwiltach princess (May Quocksister) and together they had 18 children, whom they taught the traditional ways.

Greg was raised in those traditional ways which taught him the importance of his culture and to respect it. At his father’s side as a young boy of eight he learned to carve which had a profound and lasting effect on Greg that has influenced every aspect of his life. His uncles, Bill and Mark Henderson, both eminent artists, have been valued mentors for him.

In 1997 — after working many years within the salmon fishing industry — Greg fulfilled his life-long dream and became a full-time multi-media artist and carver carrying on the legacy of his grandfather with great pride and reverence. Greg relishes using his artistic skills to interpret the legends of his people in his masks, rattles and paintings.

Greg lives his life daily along the red road of his ancestors, enabling him to walk on the third road that takes you into the spirit world. Healing artists of today are shamans of their path, seeing through the thin veil that separates us from the other side. Greg’s immersion — spiritually, mentally, physically and emotionally — into his culture can be witnessed and experienced in all of his artistic endeavours.

Henderson explains his approach, “Living here my entire life I have always been inspired by the colours of Campbell River in the morning and in the evening. These colours have always played a profound role in the creation of my art.”

“It was an absolute honour and privilege to work with Greg on the creation of our new logo. He captured the essence of Campbell River perfectly!” says, Mary Ruth Snyder, Executive Director.